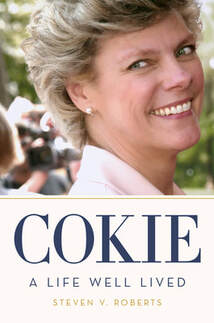 by Steven Roberts
Through her visibility and celebrity, Cokie Roberts was an inspiration and a role model for innumerable women and girls. A fixture on national television and radio for more than 40 years, she also wrote five bestselling books focusing on the role of women in American history.
Cokie had many roles in her lifetime: Daughter. Wife. Mother. Journalist. Advocate. Historian.
In this loving tribute, Cokie’s husband of 53 years and bestselling-coauthor Steve Roberts reflects not only on her many accomplishments, but on how she lived each day with a devotion to helping others. For Steve, Cokie’s private life was as significant and inspirational as her public one. Her commitment to celebrating and supporting other women was evident in everything she did, and her generosity and passion drove her personal and professional endeavors. In Cokie, he has a simple goal: “To tell stories. Some will make you cheer or laugh or cry. And some, I hope, will inspire you to be more like Cokie, to be a good person, to lead a good life.”
​


​ Elizabeth Blackwell believed from an       early age that she was destined for a   mission beyond the scope of "ordinary"   womanhood. Though the world at first   recoiled at the notion of a woman studying   medicine, her intelligence and intensity   ultimately won her the acceptance of the   male medical establishment. In 1849, she became the first woman in America to receive an M.D. She was soon joined in her iconic achievement by her younger sister, Emily, who was actually the more brilliant physician.

Exploring the sisters’ allies, enemies, and enduring partnership, Janice P. Nimura presents a story of trial and triumph. Together, the Blackwells founded the New York Infirmary for Indigent Women and Children, the first hospital staffed entirely by women. Both sisters were tenacious and visionary, but their convictions did not always align with the emergence of women’s rights—or with each other. From Bristol, Paris, and Edinburgh to the rising cities of antebellum America, this richly researched new biography celebrates two complicated pioneers who exploded the limits of possibility for women in medicine. As Elizabeth herself predicted, "a hundred years hence, women will not be what they are now."
​ 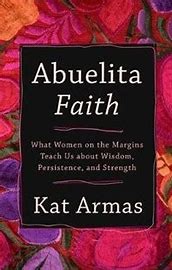 What if some of our greatest theologians wouldn't be considered theologians at all?
Kat Armas, a second-generation Cuban American, grew up on the outskirts of Miami's famed Little Havana neighborhood. Her earliest theological formation came from her grandmother, her abuelita, who fled Cuba during the height of political unrest and raised three children alone after her husband passed away. Combining personal storytelling with biblical reflection, Armas shows us how voices on the margins--those often dismissed, isolated, and oppressed because of their gender, socioeconomic status, or lack of education--have more to teach us about following God than we realize.

Abuelita Faith tells the story of unnamed and overlooked theologians in society and in the Bible--mothers, grandmothers, sisters, and daughters--whose survival, strength, resistance, and persistence teach us the true power of faith and love. The author's exploration of abuelita theology will help people of all cultural and ethnic backgrounds reflect on the abuelitas in their lives and ministries and on ways they can live out abuelita faith every day.
​ 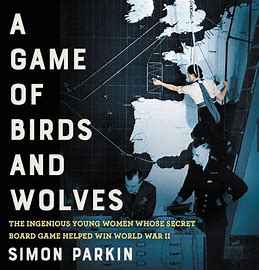 September Monthly Book Feature
A Game of Birds and Wolves
By Simon Parker
​
By 1941, Winston Churchill had come to believe that the outcome of World War II rested on the battle for the Atlantic. A grand strategy game was devised by Captain Gilbert Roberts and a group of ten Wrens (members of the Women's Royal Naval Service) assigned to his team in an attempt to reveal the tactics behind the vicious success of the German U-boats. Played on a linoleum floor divided into painted squares, it required model ships to be moved across a make-believe ocean in a manner reminiscent of the childhood game, Battleship. Through play, the designers developed "Operation Raspberry," a counter-maneuver that helped turn the tide of World War II. Combining vibrant novelistic storytelling with extensive research, interviews, and previously unpublished accounts, Simon Parkin describes for the first time the role that women played in developing the Allied strategy that, in the words of one admiral, "contributed in no small measure to the final defeat of Germany." Rich with unforgettable cinematic detail and larger-than-life characters, A Game of Birds and Wolves is a heart-wrenching tale of ingenuity, dedication, perseverance, and love, bringing to life the imagination and sacrifice required to defeat the Nazis at sea.
​ 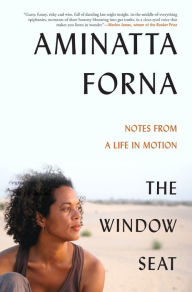 ​​June Monthly Book Feature
The Window Seat
by Aminatta Forna
​
Novelist Forna (Happiness) explores notions of place, identity, and movement in this bracing collection. In vignettes and long-form essays, she describes traveling through Mali; England, where she went to school; Sierra Leone, where she spent much of her childhood; and the U.S. In the title essay, Forna recalls flying as an unaccompanied minor, with maternal stewardesses and a heroic captain: “For six hours we lived inside the perfect patriarchy.” “Obama and the Renaissance Generation” captures the difference between an African and an American perspective on Barack Obama as she traces her own father’s history. The essays flit from childhood to adulthood and from place to place, which can at times be disorienting—the shorter essays, such as “Ice,” a three-page meditation on an ice skating performance, offer a welcome change of pace. Forna is a razor sharp prose stylist (airplanes, for example, are “like a galloping draught horse that, through sheer determination, somehow succeeds in clearing the oncoming fence”), and her attention to detail moves the collection forward, as in “Technicals,” in which she examines emotional responses to war vehicle model names: “Defender. Patrol. These names invoke violence, force.” Full of careful observations, Forna’s meditations hit the mark. 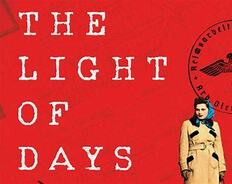 May Monthly Book Feature
The Light of Days
Judy Batalion

Witnesses to the brutal murder of their families and neighbors and the violent destruction of their communities, a cadre of Jewish women in Poland—some still in their teens—helped transform the Jewish youth groups into resistance cells to fight the Nazis. With courage, guile, and nerves of steel, these “ghetto girls” paid off Gestapo guards, hid revolvers in loaves of bread and jars of marmalade, and helped build systems of underground bunkers. They flirted with German soldiers, bribed them with wine, whiskey, and home cooking, used their Aryan looks to seduce them, and shot and killed them. They bombed German train lines and blew up a town’s water supply. They also nursed the sick, taught children, and hid families.Judy Batalion—the granddaughter of Polish Holocaust survivors—takes us back to 1939 and introduces us to Renia Kukielka, a weapons smuggler and messenger who risked death traveling across occupied Poland on foot and by train. Joining Renia are other women who served as couriers, armed fighters, intelligence agents, and saboteurs, all who put their lives in mortal danger to carry out their missions. Batalion follows these women through the savage destruction of the ghettos, arrest and internment in Gestapo prisons and concentration camps, and for a lucky few—like Renia, who orchestrated her own audacious escape from a brutal Nazi jail—into the late 20th century and beyond. 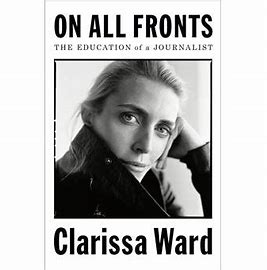 ​March Monthly Book Feature
On all Fronts
By Clarissa Ward

The recipient of multiple Peabody and Murrow awards, Clarissa Ward is a world-renowned conflict reporter. In this strange age of crisis where there really is no front line, she has moved from one hot zone to the next. With multiple assignments in Syria, Egypt, and Afghanistan, Ward, who speaks seven languages, has been based in Baghdad, Beirut, Beijing, and Moscow. She has seen and documented the violent remaking of the world at close range. With her deep empathy, Ward finds a way to tell the hardest stories. On All Fronts is the riveting account of Ward’s singular career and of journalism in this age of extremism.
Following a privileged but lonely childhood, Ward found her calling as an international war correspondent in the aftermath of 9/11. From her early days in the field, she was embedding with marines at the height of the Iraq War and was soon on assignment all over the globe. But nowhere does Ward make her mark more than in war-torn Syria, which she has covered extensively with courage and compassion. From her multiple stints entrenched with Syrian rebels to her deep investigations into the Western extremists who are drawn to ISIS, Ward has covered Bashar al-Assad’s reign of terror without fear. In 2018, Ward rose to new heights at CNN and had a son. Suddenly, she was doing this hardest of jobs with a whole new perspective. 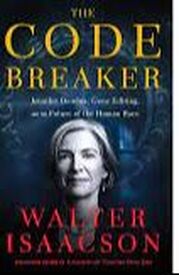 When Jennifer Doudna was in sixth grade, she came home one day to find that her dad had left a paperback titled The Double Helix on her bed. She put it aside, thinking it was one of those detective tales she loved. When she read it on a rainy Saturday, she discovered she was right, in a way. As she sped through the pages, she became enthralled by the intense drama behind the competition to discover the code of life. Even though her high school counselor told her girls didn’t become scientists, she decided she would.

Driven by a passion to understand how nature works and to turn discoveries into inventions, she would help to make what the book’s author, James Watson, told her was the most important biological advance since his co-discovery of the structure of DNA. She and her collaborators turned a curiosity of nature into an invention that will transform the human race: an easy-to-use tool that can edit DNA. Known as CRISPR, it opened a brave new world of medical miracles and moral questions.
​